[Jesus] makes the whole body fit together perfectly. As each part does its own special work, it helps the other parts grow, so that the whole body is healthy and growing and full of love.
Ephesians 4:16

Nathan and his wife Julie along with their 3 children have all resided in the “lucky country” since 2002. Proud New Zealander’s by birth they maintain close ties with all things “Kiwi”.  After 21 years within the corporate world and many roles in lay leadership within churches in NZ and Australia, the Lord directed us in 2008 to move to Portland, Oregon and complete theological training at Multnomah Biblical seminary. In 2012 he began to serve as a Pastor in east Melbourne. He has been in his current role in South Australia since January 2020.

Nathan is passionate about Expository preaching and through the proclamation of God’s word he desires that believers are equipped to serve Christ wholeheartedly. He has a passion to see the flock armed and mobilized to share the love of Christ to every part of the community. Nathan also sees the deep and ongoing need for the church to be a discipleship community through the process of biblical counselling.  Nathan enjoys most sporting activities, especially golf and volleyball. He is an “All Black” supporter and enjoys the outdoors, particularly summer camping trips. 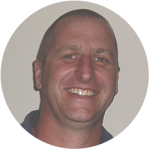 Danny began his role as a Youth Pastor in 2004 and since then this role has developed into a Pastoral position responsible for the training & developing of leaders, community contact, pastoral care and marriage counselling. Danny’s passion is to see people become the best they can be in God. Danny is a carpenter by trade and has previously managed various companies. Danny began his roller-coaster ride as a Christian in 1988 and has worked with a number of youth ministries, committees & outreach projects. Danny and Susy were married in 2000 and have four children.

Ryan married Libby in 2014 and they have one young son.

He worked a number of years in hospitality, fast food, and retail, before entering Bible College. He recently graduated from the Bible College of South Australia in 2018. During his studies he had a role as a part-time Youth Coordinator at Craigmore Christian Church, where he also served as a Youth Leader for a number of years.

Ryan is passionate about preaching and teaching God’s Word as the inspired and inerrant revelation of God to humanity. He believes that the Word of God meets mankind’s deepest needs and that proper understanding and application of God’s Word brings freedom and purpose to life. Ryan is also passionate about training and equipping. Having a deep desire to help train and equip people to be able to lead others, to help them grow in their knowledge and understanding of the Bible and to equip them with the tools and abilities to pass this on to others. 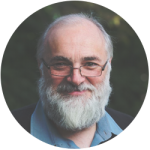 Mark worked in the IT industry for 18 years but is now a Lecturer at Bible College of SA where he teaches Greek, New Testament and Field Education. He has been a Christian since he was eight and has been a pastor at two churches over twenty-five years. Mark is a very knowledgeable and gifted Bible teacher and is involved in teaching, preaching and marriage education. Mark and Christine have four grown up children, and five grandchildren.

Born in NSW and spending much of his childhood in NSW, Glen eventually came to SA. After a university training aimed at Astronomy he decided he was not cut out for research and shifted focus towards engineering management. He joined the air force during university and spent 6 years at Edinburgh RAAF base and on numerous deployments. After 17 years in a defense company, Glen now contracts into defense as an Electrical Engineer and works at the RAAF base. Glen became a Christian in 2002 and found a better direction in life. Glen is involved in music (Bass guitar and Conga) and is most passionate about encouraging ways for God’s Kingdom to grow. Glen married Michelle in 2003 and they have two young sons and one daughter. 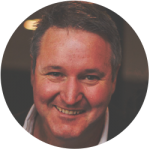 Phil has been a Christian since 1982. Phil and Donna have been married since 1989 and they have 4 adult children.

Phil’s pastimes include fishing and camping. He enjoys spending time in the outdoors with family and friends.  Phil is an automotive spray painter by trade however he is currently working in the defence industry.

Phil is involved in the leadership of the music ministry at Church@paravista and is passionate about leading people in a time of praise and worship of the Lord through music.  Another passion of Phil’s is prayer.  He also oversees the prayer ministry of the church. 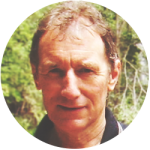 I was raised in a Christian family and personally came to know the Lord Jesus as my Lord and Saviour at the 1959 Billy Graham Crusade in Adelaide, South Australia. The Lord’s claim on my life was very real at that time, even as a young boy, and has remained so throughout my life. The Lord Jesus continues as the centring focus of my life, my interests and my ministry, with my chief desire to live a life that honours Him as a “good and faithful servant”. My working live from 1970 to 2015 was in the teaching profession, which included 25 years as the Principal of Craigmore Christian School (now Hope Christian College) from its commencement in 1981 to 2005. With my wife, Chris, church@paravista is our church home until the Lord’s coming, and it is joy and a privilege to be actively involved in the life and ministry of the Church. 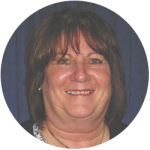 Ros co-ordinates the team of women who pastorally care for other women in the church. Ros has been faithful in serving at church since the very beginning. She has shown a deep love and care for women and families over many years and has a love for hospitality and for practically helping those in need.

The Deacons manage the day-to-day running of the church. This includes, finance, building works, maintenance, planning and co-ordinating events with various ministries across the church. To put it another way, the Elders, under God, direct and give the vision of the church and the deacons work out the practical aspects of it.